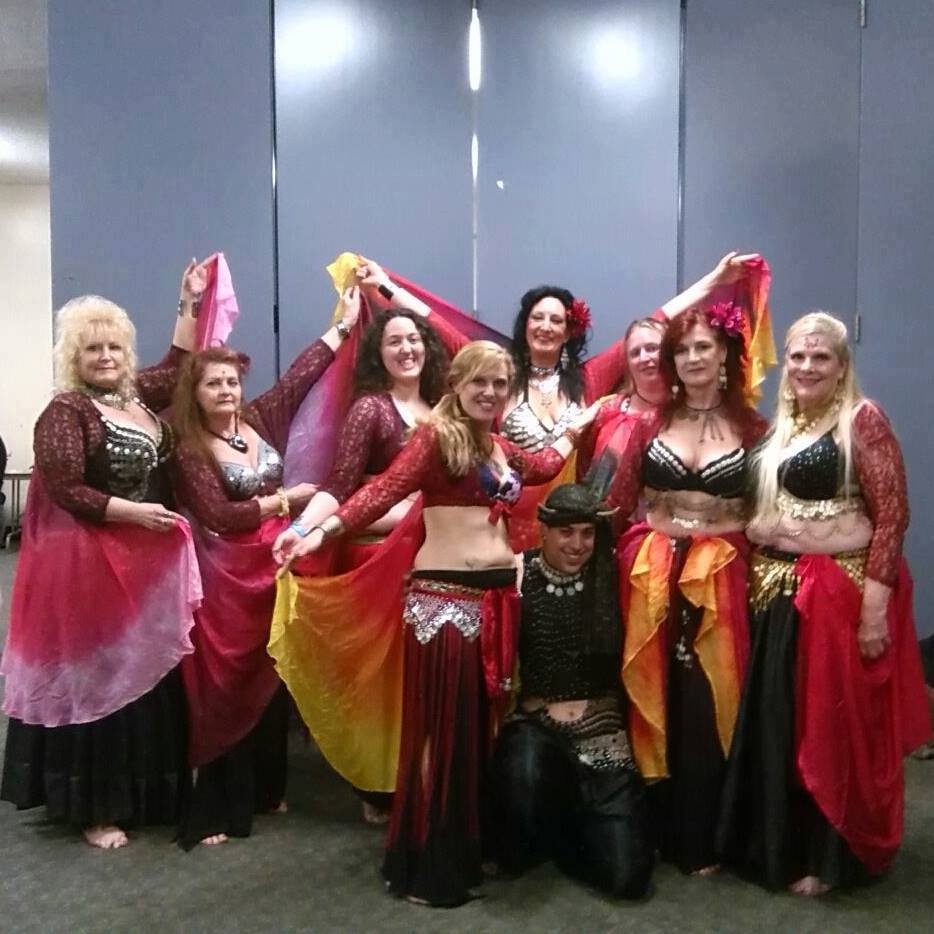 Moon Goddess Caravan officially began in the late 90’s by a small group of dancers led by Gypsy (Mary Chapman) Folsom, California at Planet Earth Rising. It started with a small group of dancers and grew over the years into a fun creative group of friends and guest dancers, who continue to have a ball performing at gatherings, festivals, parties restaurants or any venue that welcomes creative eclectic Belly dance. LIPSHOK: Music that is all original, gothic, eternal, ethereal, dark, and mysterious, with haunting melodies, soaring vocals, and dynamic changes. The music will transport you to another realm where magick is real, dreams come true, dragons fly overhead, the Fae are powerful, the old Gods are worshipped, and all you see is ever-changing. Heavily influenced by progressive symphonic metal styles, and dimensional forevers, LIPSHOK will let your soul travel and your spirit wander…LIPSHOK: Another realm is waiting…

LIPSHOK is an original gothic rock/symphonic metal act out of the San Francisco Bay Area...

The Midtown Moxies Burlesque troupe were formed in late 2014 and have been packing the house ever since! You can see them every 1st Saturday at Midtown Barfly. The Moxies blend classic moves and elements with modern music,  sultry singing and hilarious comedy, creating diverse performances that please every guest!

The Midtown Moxies have performed faithfully at every NWCA event to date, including PanGaia 2015, 2016, 2017, and 2018 and Sacramento Witches’ Ball 2016 and 2017. They are truly part of our NWCA family and always perform their hearts out for us. 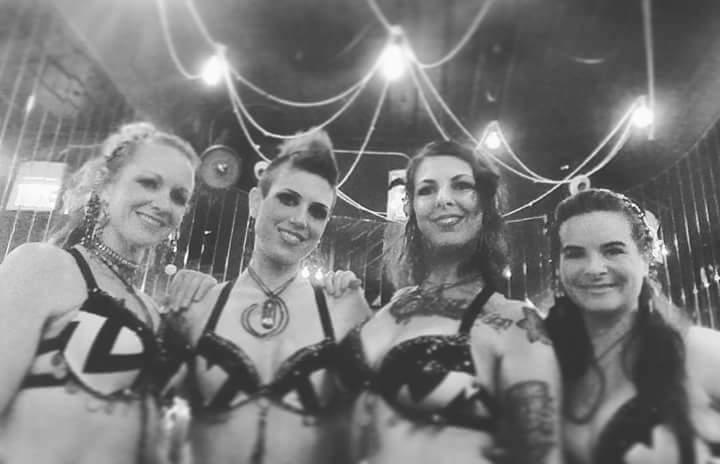 Verbatim Dance is Hot Pot Studios professional collective of music-loving performance artists who have been performing locally and globally since 2005. Comprised of multi-talented teachers in belly dance, ITS, Pilate’s, and yoga, Verbatim Dance’s style has been coined, “An Exotic taste on a Rock ‘n Roll Palate.” 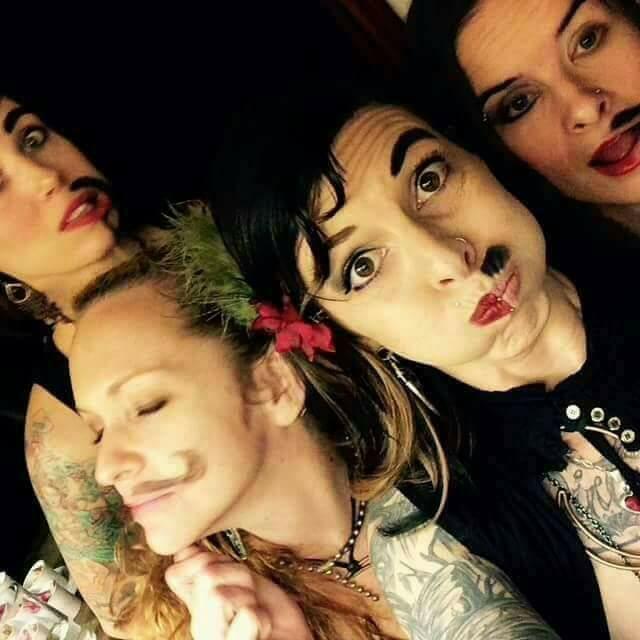 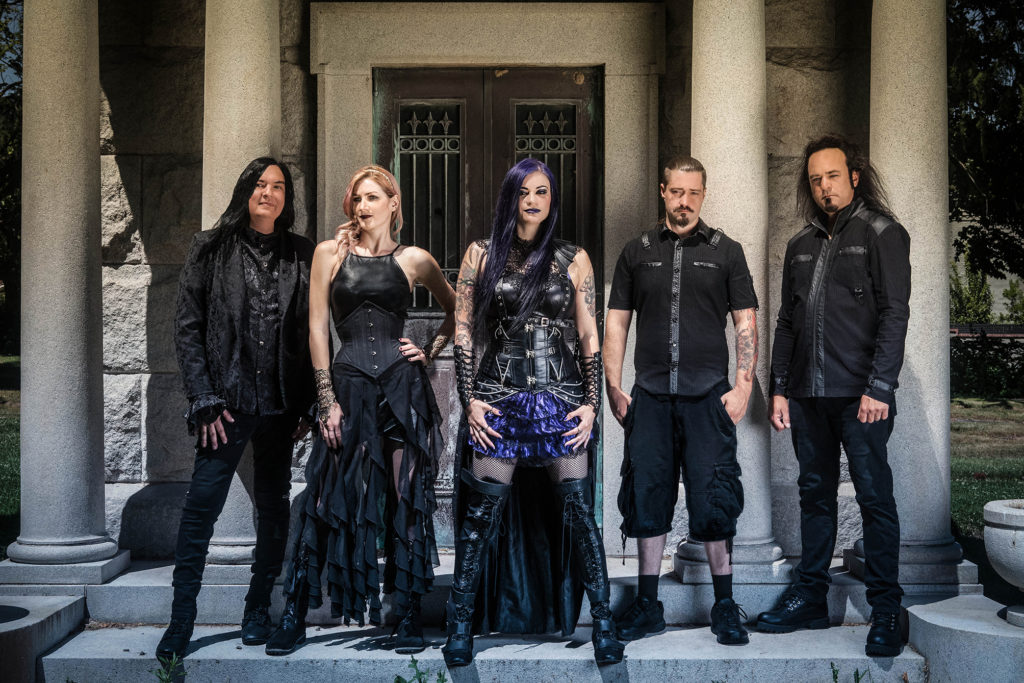 Haunting, Edgy, and Melodic, Discordia brings the talents of Bobby Cannon, Becca McCabe, Joel Krueger & Aaron Jones and the incredible delivery of Cindy Cannon and you have a unique dark symphonic sound with an elegance that has found a legion of followers worldwide.

Discordia has been described as listening to a Metal version of old Hammer horror film soundtracks. According to The San Francisco National Examiner, the band “goes well beyond what most would consider a metal band,” to capture the core essence of their iconic Heavy Metal and Hard Rock forefathers with today’s modern sensibility.

Main songwriter Bobby Cannon and founder stated in Guitar Player Magazine “it was no easy task to find like-minded musicians to play music with. Everyone just wants to play Death Metal or Nu Metal...

O’CRAVEN is Northern California’s BEST and MOST INFAMOUS Celtic Pirate Rock band! Anchored in San Jose, California, O’Craven plunders all along the West Coast, from the sunny shores of southern California, to the cold waters of the pacific northwest, and all points in between. Originally conceived in 2006, O’Craven was the first band to combine the genres of traditional Celtic music, Pirate sea shanties and Rock ‘n’ Roll, under the banner of Celtic, Pirate, Rock. Since then, others have come and gone but none can do it better, or have the reputation and long history of delivering such an exciting, unforgettable, one of a kind show, like no other out there!

They have been making waves in the California music scene ever since, playing with bands of all types (Rock, Blues, Metal, Punk, ...